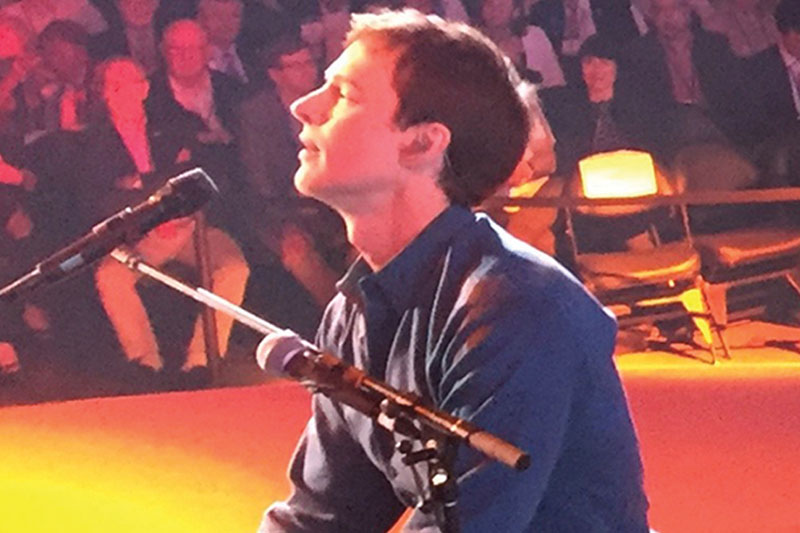 Michael Cavanaugh is the new voice of the American Rock & Roll Songbook and a charismatic performer and musician made famous for his piano/lead vocals in the Broadway musical Movin’ Out. Handpicked by Billy Joel to star in Movin’ Out, Cavanaugh evokes a style rivaling the Piano Man. He appeared in the show for three years with over 1,200 performances and received multiple accolades. The show culminated in 2003 with both Grammy and Tony award nominations.

Michael began playing at age seven when his parents bought their first piano. Encouraged by family and friends, and inspired by his hero Billy Joel, Michael formed his first band at age 10 and began playing local functions, fine-tuning the craft that would become his chosen career. His first full-time gig as a musician was an extended engagement in Orlando, Florida, at a piano bar called Blazing Pianos. In January of 1999, Michael received an offer that would unknowingly change his life: an opportunity to play Las Vegas at the famed New York, New York Hotel and Casino. It was there that Billy Joel spotted Michael and joined him on stage one fateful night of February 2001. It only took two songs before Billy was convinced that he found his new Piano Man: Michael Cavanaugh. Michael left Las Vegas and moved to New York City to work alongside Billy Joel and Twyla Tharp to shape the Broadway musical that would become Movin’ Out. In the lead role, he received both Tony and Grammy nominations.

The Music of Billy Joel and Elton John features the greatest hits of the piano rocking pop icons of the modern era. Songs include “Rocket Man,” “I’m Still Standing,” “Candle in the Wind,” “Movin’ Out,” “My Life,” “Piano Man,” and many more.